These were a series of murals that I painted in a London school that celebrated black history.  They were all painted on boards that were mounted onto the wall. 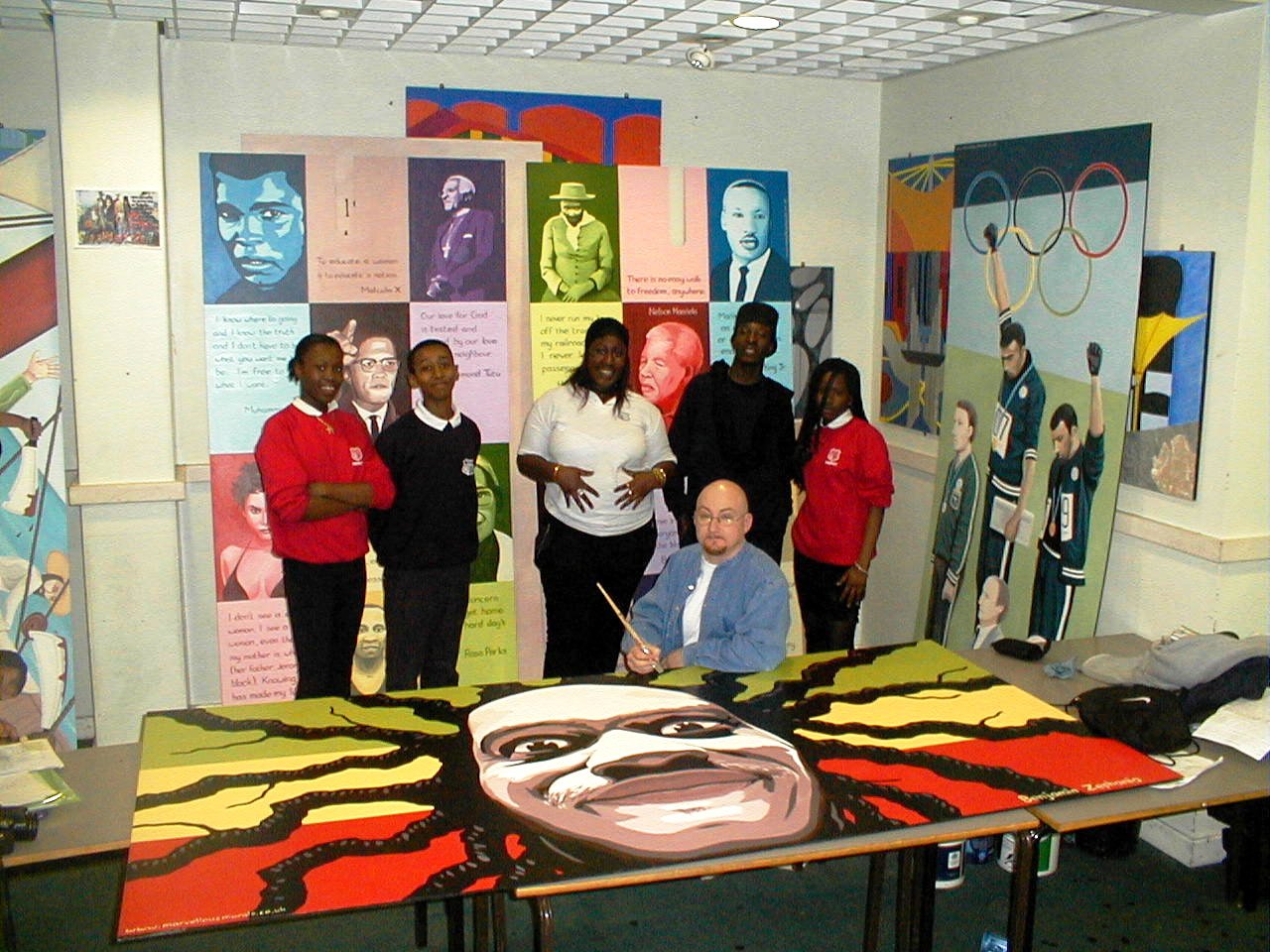 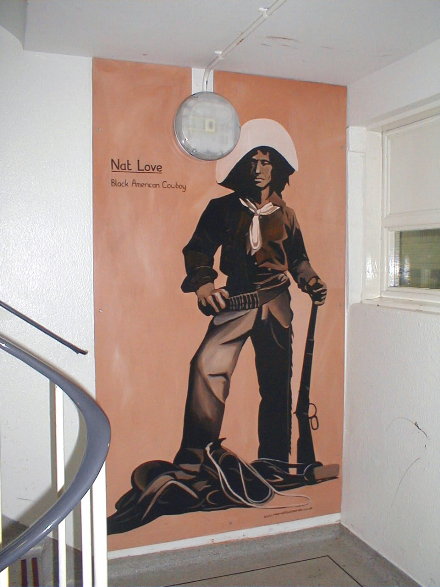 The painting, top right, is of Nat Love who was one of the first Black American Cowboys.  The portrait below is of Benjamin Zephania, who is a well known, modern day poet who lives local to the school.  Each of these paintings are 8ft x 4ft in size. 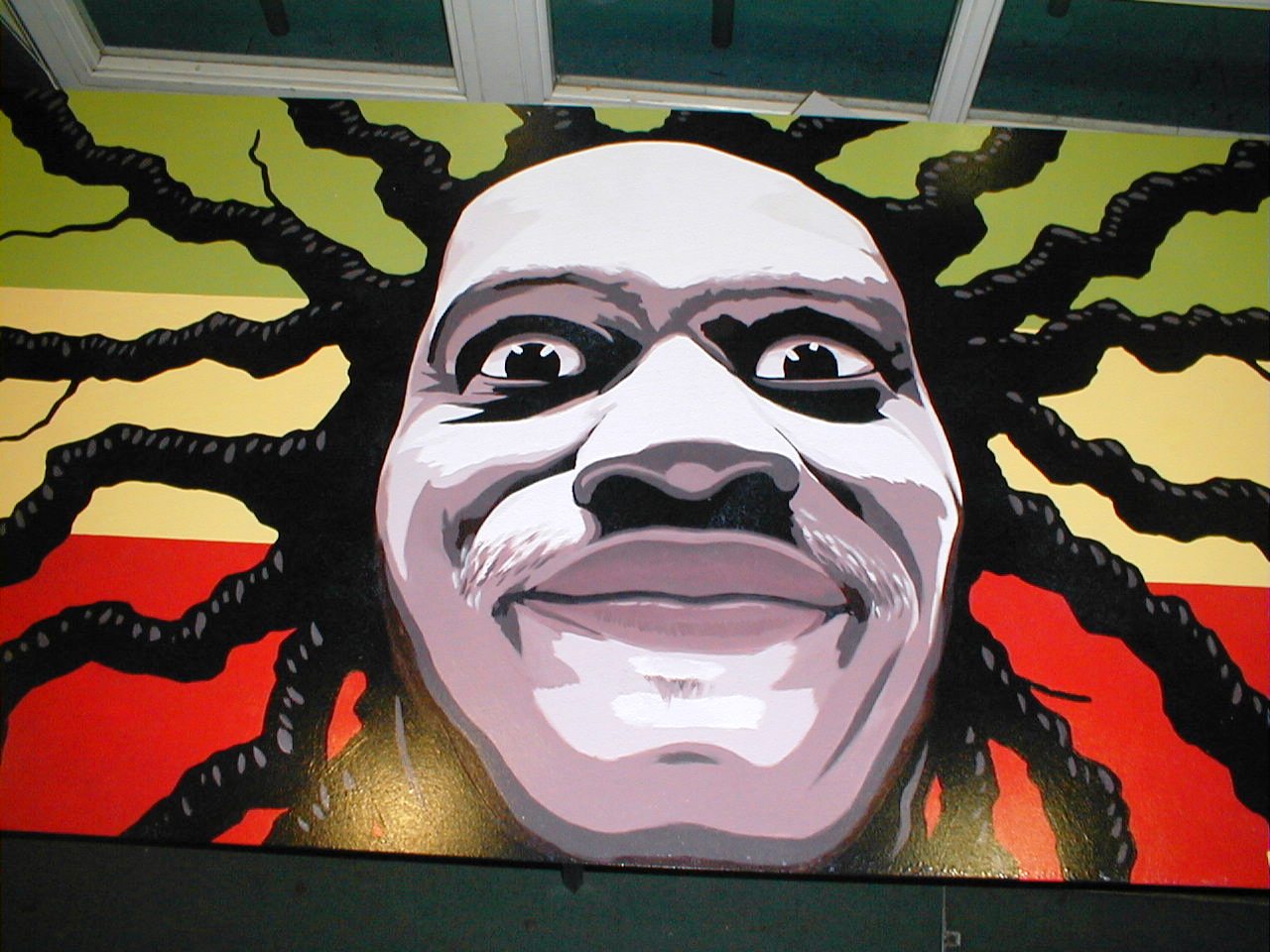 This next painting remembers and tells the story of The Amistad.  The mural is set at an angle as it goes up a stairwell with the story on a board at the top. 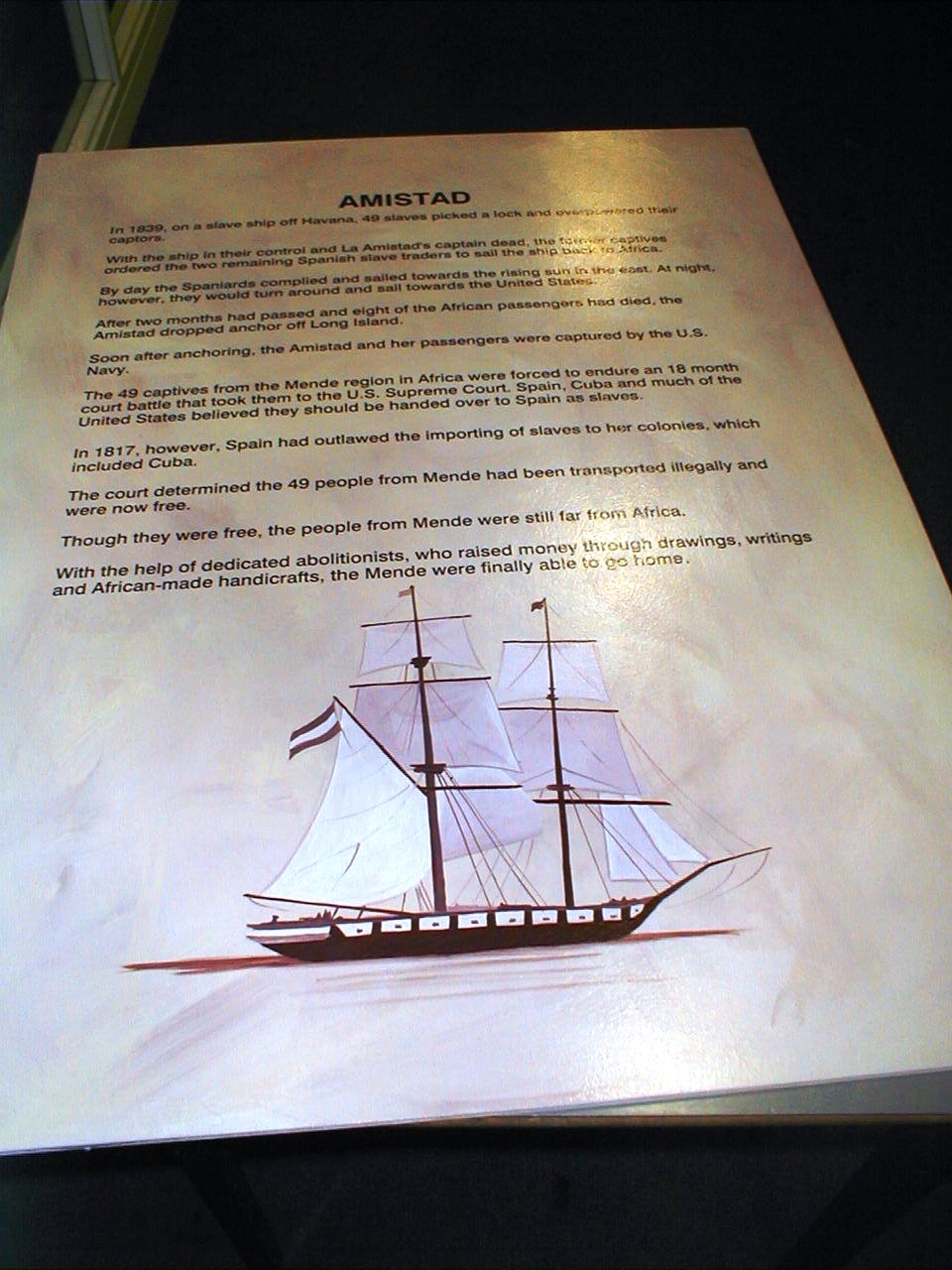 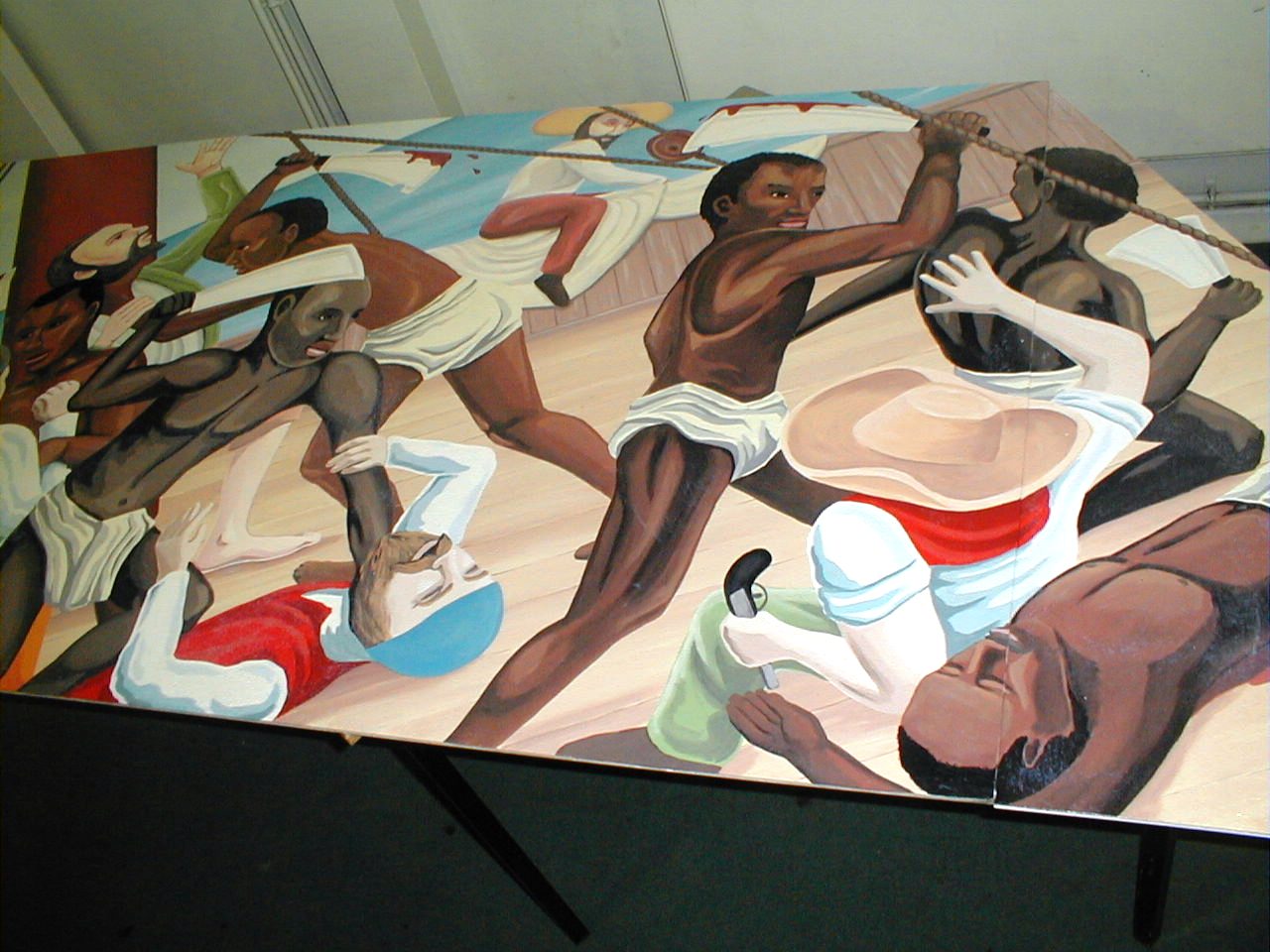 The next two boards show portraits of famous, inspiring, black people from history and the present day with a quote from that person. 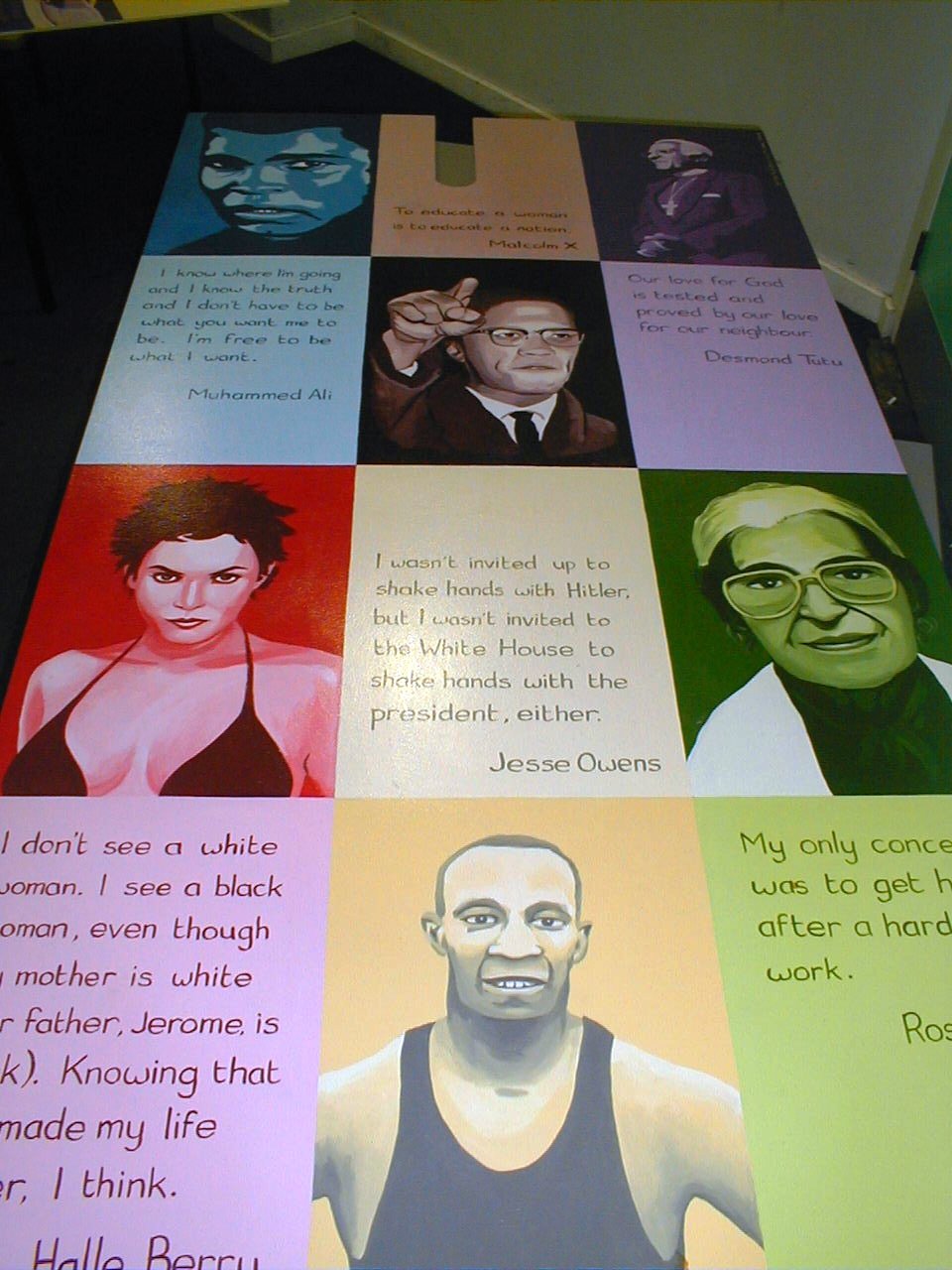 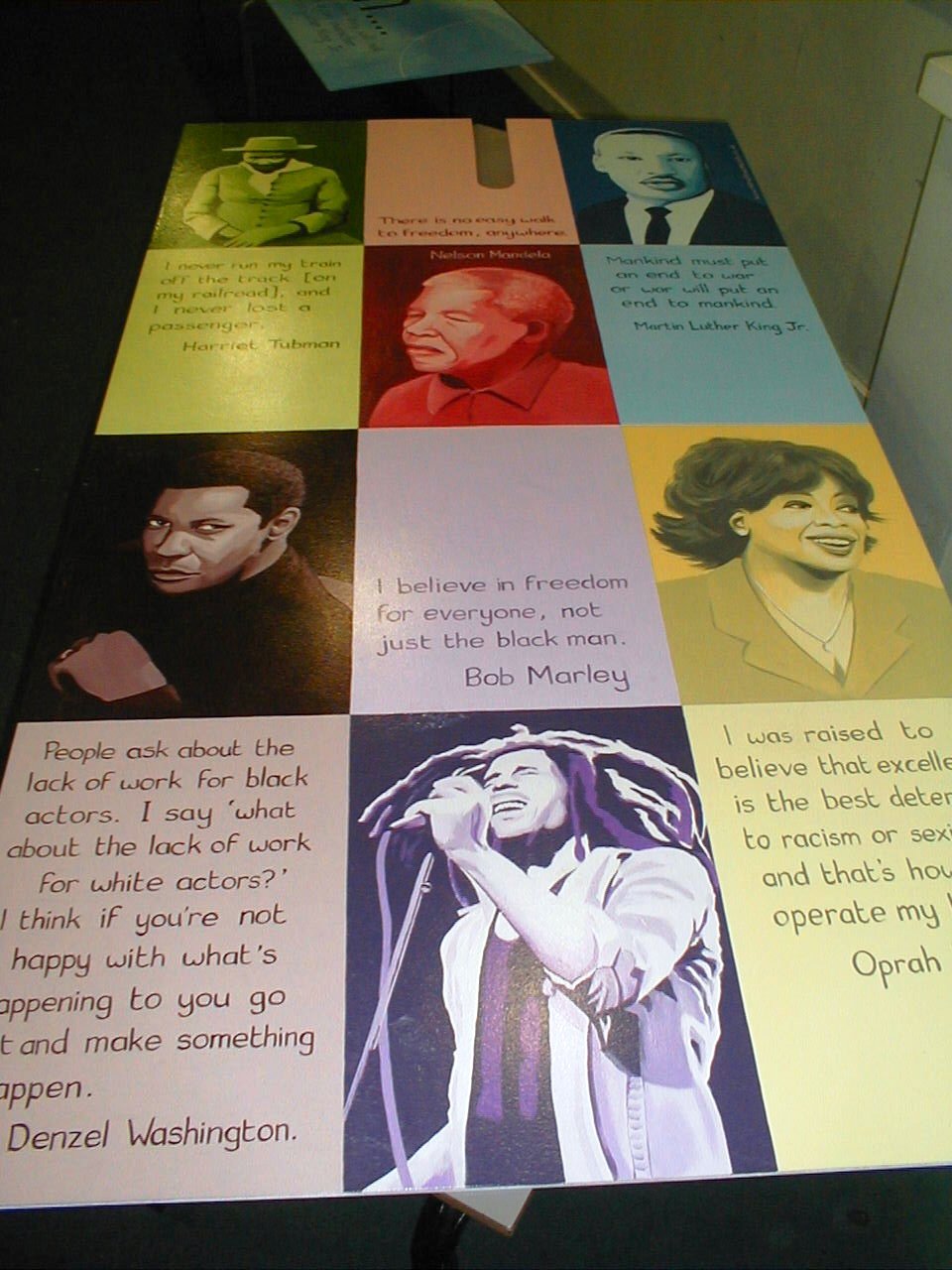 The next mural if of the 1968 Olympics where the competitors famously displayed the Black Power salute at the medal ceremony. 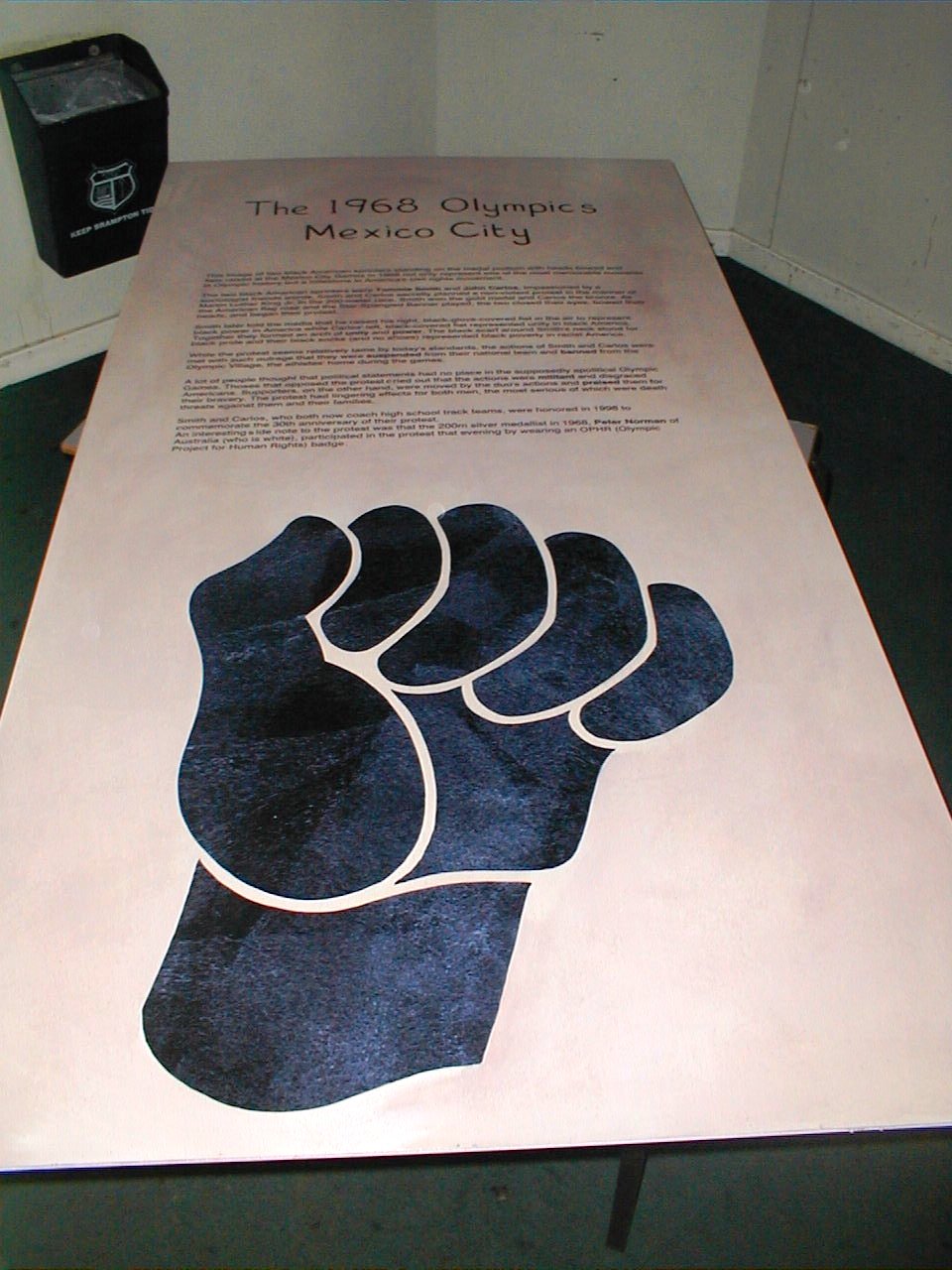 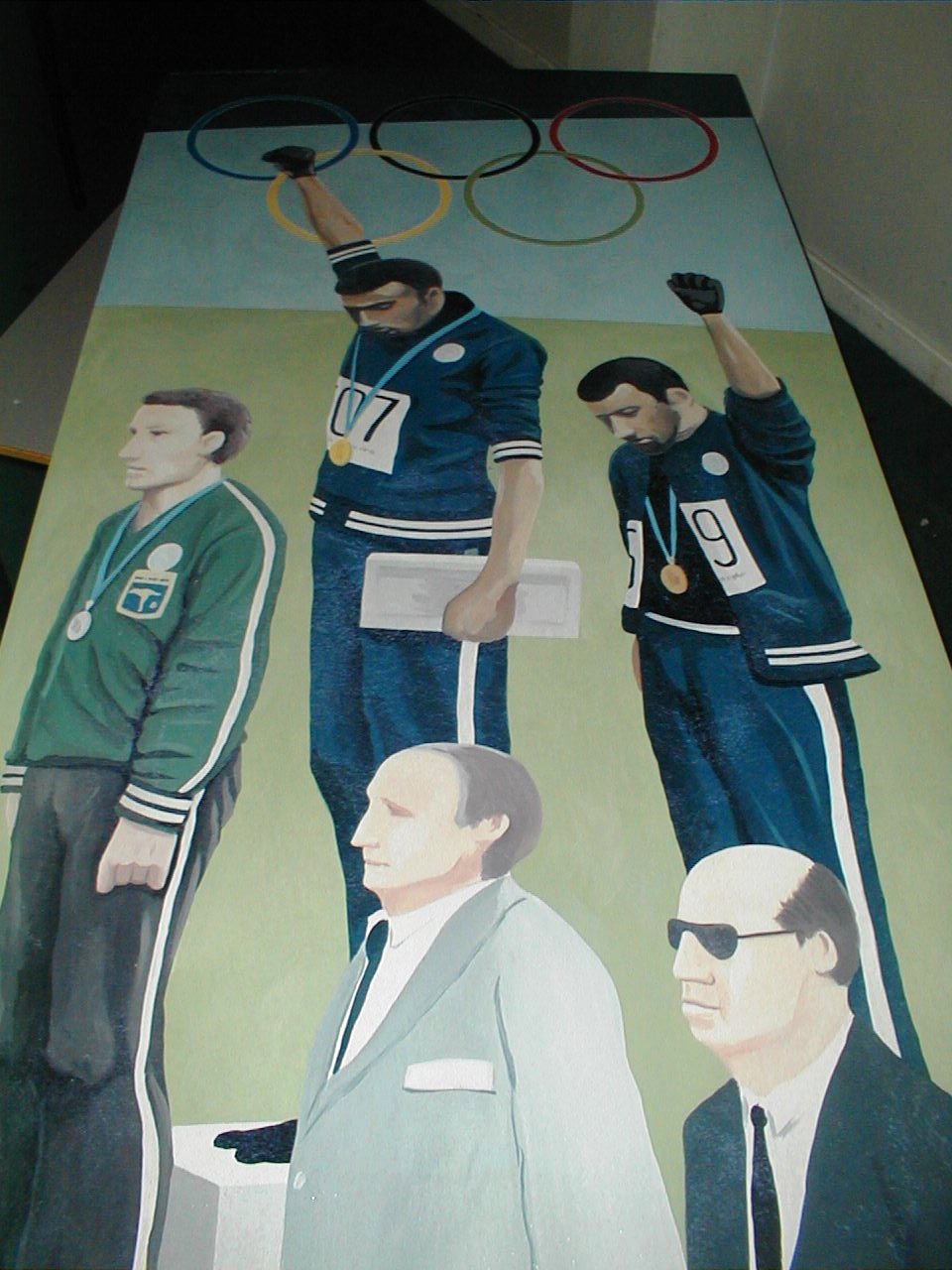 All of these murals were painted on site at the school so that the students could see them develop.

Once finished they were protected with an anti-graffiti varnish.

Go to next school mural ->